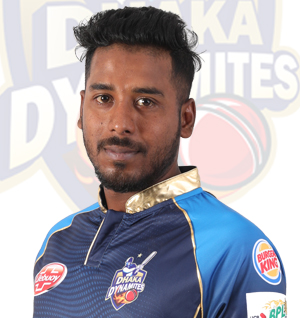 Mizanur Rahman (born July 30, 1991, Rajshahi) is a first-class and List A cricketer from Bangladesh. He played for Duronto Rajshahi in the 2012 BPL tournament where he scored a half century on debut. He was the leading run-scorer for Central Zone in the 2017-18 Bangladesh Cricket League, with 439 runs in six matches. In October 2018, he was named in the squad for the Dhaka Dynamites team, following the draft for the 2018-19 Bangladesh Premier League. In December 2018, he was named in Bangladesh's team for the 2018 ACC Emerging Teams Asia Cup.